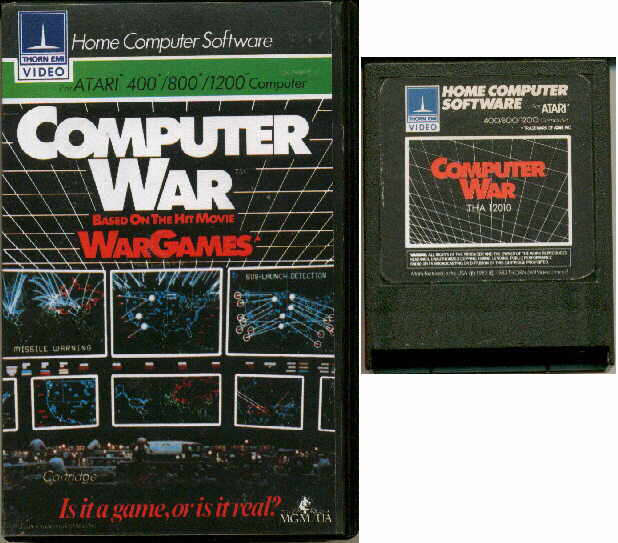 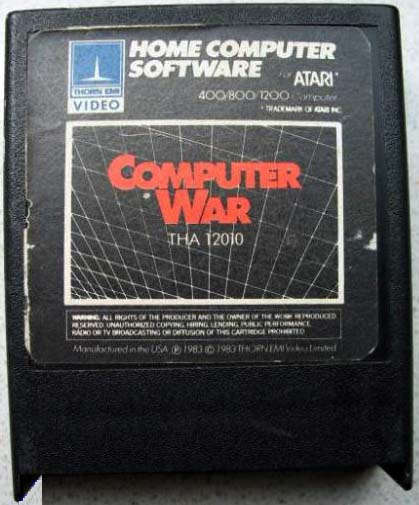 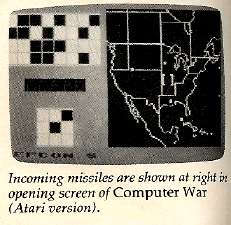 The success of the movie WarGames has spawned several post-Missile Command "end of the world" games, most notably Probe 2000s War Room and Thorn E.M.Is Computer War. Coleco, which owns the rights to the title WarGames, has yet to he heard from. There will certainly be others.

Computer War is a game in three parts. In the first phase, you see a map of the United States with four American missile bases highlighted. Also highlighted is the computer at NORAD (North American Air Defense System). Suddenly, small white blips move into view, indicating that nuclear missiles are headed for American targets.

But wait! Upon closer examination (of the instructions, that is), you realize that the missiles arent enemy missiles -- somebody has tapped into NORAD to activate a nuclear war simulation program. Since the computer cant tell the difference between real missiles and fake ones, its going to launch a volley of American missiles as soon as NORAD headquarters is in danger. Youve got to knock out the missiles in the computers memory banks and crack the code to shut down the bases.
Find The Missiles

This first section consists merely of zooming from the map of the United States to individual missiles. The joystick controls an onscreen cursor. When the cursor overlaps the missile blip and the fire button is pressed, that area of the map zooms into view. This exercise is fairly easy. In fact, I would prefer that the blips move a little faster to make this part of the game more challenging As it is now, zooming in on the missiles is merely a formality. The graphics on the map screen, however, are the most impressive of the game.

You will zoom to a close-up view of the missiles target area. Aside from the mountains in the distance, the landscape is totally barren. In fact, you may wonder just what it is you are defending. There are no people or buildings around. Why not just let the missiles harmlessly explode and avoid all the complications?

No, the security of the world is in your hands. The joystick can swivel your gunsight left and right and move it up and down also. A little box on one side of the screen indicates which direction to turn to see the missile, and rapid beeping tells you it is about to appear. The fire button launches your fire - two small rockets that arc across the sky and converge in the middle.

The missile will zip back and forth across the screen much faster than you can turn your gunsight. This means that to hit it, you have to fire before it appears onscreen. If you miss, youll turn far post the target and have to wait for your slow-moving gunsight to change directions. The gunsight should probably move faster, or the missiles slower.

If you fail at this task, the missiles will reach U.S. bases and the DEFCON (Defense Condition) count will deteriorate. If it reaches DEFCON 1 (it starts at DEFCON 5), global war will begin.
Crack The Code

But if you succeed, you reach the third and most interesting part of the game. There are two banks of flashing squares on the left of the screen. Suddenly they freeze in random checkerboard patterns. With your joystick, you have to match the pattern of the smaller box with a section if the pattern of the larger box kind of like fitting the peg in the correct hole. You have just a few seconds to do this, and you may have to rotate the box to complete the task.

If you match the two patterns (cracking the code), you have earned the right to shut down one of the U.S. missile bases. Of course, there are three more ready to launch everything theyve got, so youve got to blow up more missiles, crack more codes, and so on.

Even though I love shooting games, I found that the last part of Computer War - cracking the code - was the most intriguing. Since Space Invaders, we have shot down so many enemies that the whole ordeal has become a little routine. But when you have five seconds to find a way to fit one pattern into another pattern - that can get the adrenaline flowing again. Mental challenges like this can stand up as games by themselves, and they should - theyre exciting and they provide the brain with a little exercise.

Computer War is a single-player, single-difficulty level game. It captures the overall feel of WarGames without attempting the complexity of War Room, in which you must not only stop the missiles, but also rebuild cities, control production of goods and services, and pick up enemy spies.

Computer Wars graphics are sometimes good (locating the missiles) and sometimes poor (shooting the missiles). You get the feeling that the game was programmed by two designers with different styles. The music in the beginning is excellent- serious and ominous. The scoring is much too low - 40-50 points for knocking out a nuclear missile flying over your hometown. The game is available for Atari computers, VIC-20, and TI-99/4A. Fans of the movie WarGames who want to relive it will surely enjoy this game 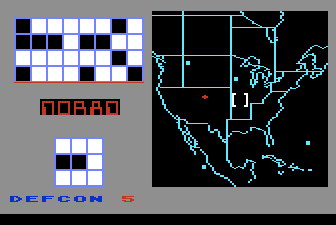 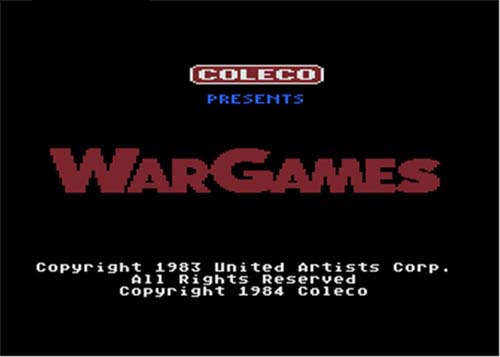 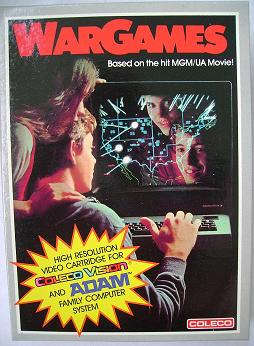 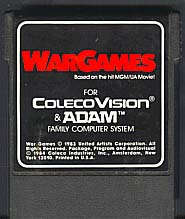 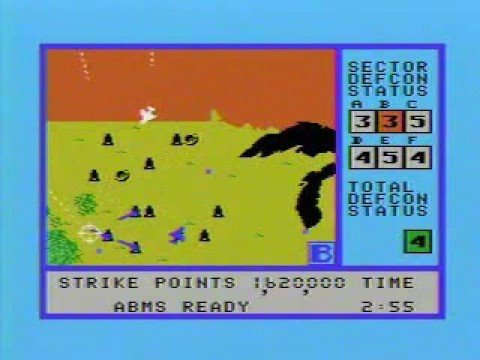